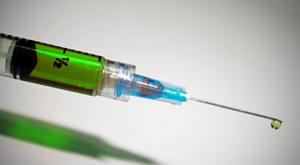 Imagine we live in a time of sanity regarding health, sometime in the future. I know it's hard but just try to imagine. Make believe we understand the truth that living in harmony with nature makes both disease and what we now call "aging" unnecessary. Food, water and air are pure because no one wants to pollute them and damage ourselves, regardless of the profit anyone could make from doing so. We care about each other not because we memorized some philosophical or religious code of ethics and morality, or because we fear retribution from God if we treat each other badly, but because we understand we are all deeply connected, like parts of a single organism. We are all one. Our natural state is awareness, and love. Fantasy? Crazy illusion? No, people. We may have long forgotten, but this is how we were designed. This is the real normal. What we see in the world today, that is abnormal and sick, and needs healing.

So imagine you live in some future time where things are normal, and disease is unknown, because we understand where it comes from, how to prevent it, and how to stay in good health right up until the time we die. No fancy technology is required at all for this to be reality, only knowledge that we incorporate into our daily life patterns. I can tell you from my own study and experimentation, our bodies were designed that way, to self-repair as long as we occupy them and take proper care.

Now imagine you are looking back, far back in time, to an age in the long distant past (say the year 2015), where such understanding and consciousness were unknown. The society's leaders and most powerful companies intentionally were putting poisons into the air, water and food. Technologies were designed to harm people, but generally not to kill them quickly. That way multiple profit sources could be created all at once, not least of which was an industry sector known ironically as "health care." This industry employed millions of workers testing their clients which they called "patients" to put a name on each observed set of symptoms. Then they would refer to a list of approved "treatments" for the named conditions. These treatments were usually composed of some combination of poisonous chemicals and other invasive procedures, which together resulted in deteriorating conditions known as "normal old age." When the toxic chemicals produced desperate enough conditions in the body, often the next stage treatment was to begin cutting out vital organs and other body parts while the "patients" were yet alive.

Finally, just to make sure to prevent disease and keep the "patients" in good health (sarcasm intended), disease organisms mixed with toxic chemicals and metals would be placed directly into the bloodstream through hollow needles. This barbaric practice was known, with great respect, as "vaccination."

How, one might ask, could people of even below average intelligence ever have fallen for this ghastly approach to health, which was clearly designed for profit and slow (or sometimes quick) destruction of the body? The answer is hard to fully appreciate without experiencing it for oneself. The leaders of this society had set up an elaborate system of birth to death indoctrination, which included worship of authority figures based on costumes and difficult to understand language delivered with an air of condescending authority. This was combined with in-depth training starting from a very young age to replace common sense and logic with obedience to authority. Emotion, gut instinct, inner guidance and conscience, all of which are capable of saving people from such deception, were systematically dismantled and demonized in favor of the religion of the time, which was known as "science."

This science religion was actually once a reasonable approach to understanding some aspects of physical phenomena, and was originally based on observation, pattern recognition, theories based on a combination of logic and intuition, and finally open-minded evaluation of whether the proposed theories could predict and explain what was being observed. Over time, however, science was re-defined into repetition or paraphrasing of what the rulers considered acceptable points of view. And, you guessed it, the foundational principles of the deadly health care system were among the most sacred of those understandings. Anyone openly questioning the religion of this re-defined science was assassinated in character, and occasionally physically as well.

Now you know how someone from an enlightened future after the return of sanity would view our present society, and especially our medical industry and our version of what we call "health care." The dark ages practice of vaccination is a prime example of how sick our current idea of health care has become. And most of us obediently take ourselves and our children to be injected with these cocktails of toxic metals, viruses, foreign DNA and poisonous chemicals without questioning the system. When our childrens immune systems are weakened, new allergies begin, symptoms of neurological damage arise, or sometimes death occurs soon after the injection, we may at that point question the whole system, but many parents in this position are accused of child abuse to cover the real crime, and many are incarcerated with long sentences.

The question remains, is there a way for those of us living in this time to avoid being victimized by this system? Recently in the U.S., instead of telling the truth about the number one killer in our country, i.e. the medical industry (see Gary Null's paper, "Death By Medicine," if you want the breakdown of statistics), our "leaders" are working hand in hand with medical industry perpetrators of these crimes, looking for ways to gradually make it impossible to escape the prescribed treatments, for people that figure out what is being done to them and acquire too much awareness for the rulers' comfort (and profits).

We are living in a time when most of our leaders are ethically bankrupt and willing to murder us for their own continued privileged position and power. They will not respond to requests for fairness or compassion as they have given up those qualities long ago. Still, for us to have the clarity of mind to do anything to improve this situation, we absolutely need to maintain our health at the highest possible levels. Avoiding the attacks of the medical industry is essential, as is learning everything possible about optimizing health through lifestyle choices such as food, exercise, fresh air, daily Earth grounding, sunlight, and re-direction of mental and emotional patterns in a positive direction. The children who depend on us for their well being must also be protected from the ravages of fake "science" and the medical industry, and we must not feed them the poisons that pass for food in the grocery store. Education is the mandatory first step.

Lost Arts Radio begins week 2 of our vaccination information marathon. Let your friends know about this free information source and take advantage of all the shows. In addition to the current marathon, we will be covering the full spectrum of health topics, from the holistic point of view, with knowledge that is timeless and designed right into our bodies and the Earth herself. We are not just a pile of random chemicals or atoms, as "science" may want us to think, getting sick and diseased by chance or bad luck, moving inexorably toward a hellish old age. None of that is natural, life is everywhere, and a transcendent and all-pervasive Love, our Creator, is at the core of it all. But we must awaken to who we really are, or it will be our fate. Again. Lost Arts Radio. Change the dream.

Tweet
Published in Articles
More in this category: « Will science rule in Jerry Brown's decision on California vaccine bill? Remembering Dr. Andrew Moulden And The Healing Power Within Each Of Us »
back to top