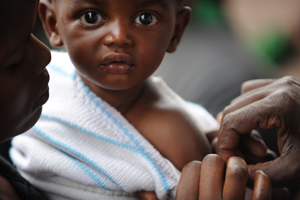 Did you ever think about what "common sense" really means?  Most of us think it means something that is or should be self-evident or obvious if we just take a minute to think and see clearly.  We probably all think we have it, but is that really true?  In American society we have been trained to leave common sense behind, and believe what we are told by authority figures, even if the common sense we once had would have told us we are listening to complete nonsense or worse.  If common sense were to return to most people, the current rulers of society could no longer fool us all into following their suggested self-destructive behaviors in all areas of our lives.  We would no longer fall easily into hypnosis, slavery and the gradual suicide that dominates our culture today.  In fact many or most of those of us serving destructive leaders would stop doing their bidding as soon as they understood the truth, and use their lives for constructive purposes to actually help others, instead.

The subject of health is a great example of this.  We have been taught to believe that health depends on going to a particular class of individuals, who are certified by those who run special types of corporations called "governments," and who wear certain types of costumes, and find out from them what to do to regain or maintain our health.  They happen to be the class legally selling drugs (toxic chemicals that you are supposed to swallow), saying that consuming these chemicals will restore or protect your health.  They are also the ones in charge of injecting toxic metals, disease organisms, foreign DNA and other toxic chemicals directly into your bloodstream in order to make sure you don't get certain diseases.  Now very often, after you get injected with these poisonous mixtures, you do get the disease that is being "prevented," but you are told that is the fault of people who did not get injected with the disease.  When all these things fail and the body eventually breaks down past a certain point, you are told that now to really fix you up, it is necessary to start removing your organs by making you unconscious and cutting them out of your body with a scalpel.  After a lifetime of this wonderful system of therapies, you enter what is called "normal old age," where you no longer have the ability to think clearly and your normal body functions do not work.  You are told this is absolutely normal because of your "age."  Do you see any contradictions in any of this with what was once known as common sense?  Or have you already had too many of these health treatments to even be able to think that clearly?

If you are too far gone to even care, it is not your fault.  You are a victim of the new American religion, known as "science."  You've heard of it, I'm sure.  It's the one that tells you vaccines are safe and effective, even though the package insert you are not supposed to read says they can kill you, or if you are not so lucky to die immediately, all the ways they can ruin your life.  Yes, that's the same "science" that says if you have cancer, you need poisons pumped directly into a major vein in your body, and just to make sure you get maximum results, you need radiation which by the way also causes more cancer.  And just to make even more sure you are as healthy as possible, you need to have the tumors (symptoms of a deeper problem that is not addressed) cut out of your body along with pieces of whatever part of your body they are attached to.

It's not just the health field that has this little problem with common sense.  The science we are talking about has also told us nuclear power is safe and efficient (pay no attention to Fukushima or the hundreds of potential Fukushimas all over the U.S. and much of the world now, with more being built).  It also tells us that biotech gave us GMO's to save humanity from starvation, as we watch the entire biosphere become irretrievably polluted by the products of Monsanto, Cargill, Syngenta, Bayer, et. al.  And recently scientists in the field of pediatrics and medical ethics told us that actually it is fine to abort babies up to 3 years after birth because after all they are not really people yet.  And the idea to spray millions of tons of toxic aluminum (poison to all lifeforms on Earth) into the atmosphere around us to prevent global warming might be a great solution to climate change, but by the way it is not happening, even though anyone who still had common sense and full brain function would look up in the sky and see it is going on almost every day over most countries of the world, apparently assuming we are all too far gone to notice or care.

How brilliant is it for us to believe this kind of science and use it to direct our lives?  I am not arguing against the value of science.  Real science is incredibly valuable and is a pathway to unlimited discovery.  It is based on careful observation, open to whatever is observed, pattern recognition among the observed phenomena, and the formulation of theories based on intuition, logic and inspiration to attempt to explain the principles behind what is observed. Then the theories are tested to see if they hold up, and hopefully valuable knowledge is gained in the process.

But when science gets re-defined to mean the repetition or paraphrasing of acceptable thought and rejection of ideas not approved of by "authorities," or as something that only those with acceptable certification or licenses from those authorities can pursue and practice, it becomes a tool for suppression of knowledge instead of discovery.  That has happened to a large extent today.  Anyone who questions what we now call "science" is publicly ridiculed and assumed to be a fraud, or at best simply ignorant.  Those who question science in the field of medicine are labeled quacks (if they are practitioners) or unscientific fools if they are from the general public.

The practice of vaccination, currently being aggressively promoted to the public across America and worldwide by governments, their corporate partners  and the media, is a perfect example of what we are talking about.  Vaccination is not just an acceptable theory to the medical industry and government authorities, it has now been elevated to the status of a religion, which means it cannot be questioned.  Anyone who does so publicly is demonized and attacked.  For example, Dr. Andrew Wakefield brought up just the possibility, which he said should be investigated, that there might be a connection between damage to the gut bacteria (the main part of our immune system) caused by vaccines, and the neurological syndrome known as autism, which has skyrocketed in parallel with the prevalence of vaccination.  This is simply a scientific premise to be tested and investigated to answer important questions in tracking down why autism has exploded off the charts in recent decades, and is clearly related to environmental causes rather than genetics, which have not changed that quickly to be a plausible explanation.  Dr. Wakefield was eventually proven correct, and has just won a court case saying so, but before that happened, he was viciously attacked with the help of a prestigious medical journal, and his medical license was taken away for daring to question the religion of vaccination.   This is what happens when science degenerates and is re-defined by those in control of society.

What would common sense have said in this matter?  Well for one thing, if all the fancy language and air of unquestionable authority is stripped away from vaccination, what remains is a practice of injecting disease organisms, foreign DNA, toxic metals and other poisons directly into the body through hollow needles, in order to make sure the body can fight off disease.  Who would dare to say this is anything but brilliant?  Well the answer is anyone who still possesses common sense.  I and others have looked at the several hundred year history of this practice and found no indication of disease being prevented, but much evidence of vaccines having caused numerous epidemics of exactly what they were supposed to prevent.  But it is assumed that the public is too busy trying to survive to actually do the investigation themselves and will just believe what the appropriate authorities tell them is true, in spite of the glaring conflicts of interest.  For those who want to look a bit deeper, I recommend watching the documentary on vaccination at https://www.youtube.com/watch?v=7hITYIT02rA. Then also watch the available videos and read the books of brave doctors who have actually dared to speak out against this barbaric practice and tell the truth in an effort to protect the public, such as Dr. Russell Blaylock, Dr. Sherri Tenpenny, Dr. Suzanne Humphries, and others.  You may be shocked to discover the extent to which the medical industry and your trusted government leaders are lying to you to protect interests diametrically opposed to those of you and those you care about.  There is no alternative but to educate yourself starting now if you have not already done so.  There was a popular bumper sticker in the 1960's that read "Question Authority."  Another one a bit later said, "Question Everything."  Just a hippie slogan?  No, it is actually one of the important basic principles of real science.  It is also advice to all of us for the best way to discover what is happening around us.

We are supposed to believe that we are incapable of understanding how to take care of ourselves, and we need expert "scientists" to do that and tell us what to do and how to live.  But the truth is just the opposite.  Every one of us has the ability to know what makes sense and what does not.  To re-discover this ability takes some work on our part.  We have to learn how to regain our own health on physical, mental, emotional and spiritual levels so our insight becomes clear.  I am not talking about religion here but the re-awakening of direct spiritual insight that we all have access to as we clear away the programming of a lifetime telling us we cannot know ourselves.  You have brilliance, creativity, wisdom and love inside, just waiting to show you what they can do.  You are not supposed to know that you have no real limitations, because it would ruin the plans of your rulers to control you.  That is why it is exactly what you need to explore.  What we are taught is impossible is in many cases a long-lost normal state.  In other words, just common sense.  Be brave enough to find out.  You don't need a license to learn, it's an exciting process you can start any time.  That actually is real science.