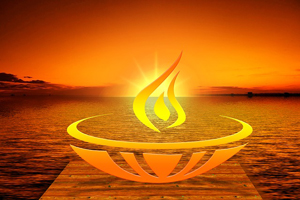 In ancient times, fasting was said to be able to heal most disease conditions, if done correctly in conjunction with other necessary aspects of the healing protocol.  The Essene Gospel of Peace volume I (available in hard copy or as a free pdf at https://essene.com/GospelOfPeace/peace1.html ), is the best example with which I am familiar, illustrating the tremendous healing qualities attributed to fasting in times long past.  I began working with this ancient text about 40 years ago, but did not really understand its full application and deeper levels of meaning until the last few years after a lot of experimentation and further study.

"Prayer and fasting" was the "shorthand" description of a comprehensive system that involved a complete self-directed life makeover that the one seeking healing would undertake on all levels of his or her being.  It was understood that to heal oneself, it was necessary to address not just the condition of the physical body but also the mind, emotions and inner consciousness because all of these levels were really aspects of the one being seeking to be healed.  It was also understood that only the intelligence and consciousness already in the body and maintaining its functions could successfully do the healing, and that the job of the person being healed was just to help this energy to do the work as smoothly as possible.

Healing based on these concepts is as old as humanity, stretching far back before our recorded history, perhaps 200,000 years or more.  It was not invented by the Essenes, nor did they originate even the version of these health practices they used.  Rather, those among them receptive to this kind of deep realignment of consciousness were given specific directions to accomplish it by an amazing teacher with a much higher level of consciousness, who gave them the knowledge needed for practical application.  Physical healing and living in harmony with nature's laws was considered a first step toward making deeper self-discovery easier in the succeeding stages of inner growth.

The teacher of this healing approach to the Essenes shared with them a unified view of the Cosmos and of Earth with Love and conscious life permeating all of Creation.  This was because Spirit, the formless Origin of all life and the original limitless being of Love, was the real being inside of every individual life form in Creation, and all Creation was alive, having come directly from Spirit.   Earth herself, a definitely feminine being (as recognized by many indigenous tribes even today), was introduced to the Essenes who asked for this knowledge, as wide awake and conscious.  In fact, she was conscious to a vastly greater degree than most human beings,  and her defining characteristic as Mother of all terrestrial life, was Love.  Likewise her counterpart being, a vast and super-conscious masculine force was referred to as a Father energy and symbolized by the sun, or sometimes by the star-filled night sky.  These two conscious entities were understood as real, living beings, not philosophical ideas or archetypes as they are often described today.  Both of them were also contained in the over-riding consciousness of Spirit itself, which in addition to being all-pervasive was also beyond the duality of the mother-father energy.  Obviously there is much more to this story that we may revisit in later posts.

The Essenes were told that if they wished to know this Father energy directly, they must first learn to follow the "laws of the Earthly Mother," the one who had in fact given them their bodies and would protect them during life on Earth as long as they learned and followed her laws.  The person wanting to be healed and restored to health on all levels needed to become aware of this Mother energy as a living and present consciousness and a source of continuous unconditional love.  This love was ultimately what kept the body alive and was capable of bringing it back to health and peak normal function.  So in addition to regaining a moment by moment awareness of the presence of this Mother energy, the person to be healed had to also see his or her own body with new respect, as a conscious and intelligent being in itself, capable of communication and requiring constant attention and care from the person living in it.

The first step in healing almost anything was to fast, drinking only clean water from a good source, and eating no solid food, for as long as necessary in order to remove accumulated toxins from the body, prior to building a new healthy system with correct nutrition, sun exposure, grounding, and new positive mental and emotional patterns (which could all be understood as part of "prayer").

Present day conditions of our environment and our bodies are much worse than they were at the time the Essene Gospel was talking about.  The massive number of damaging and deadly chemicals around us now, our greatly reduced sun and Earth connections and our degraded food and water, along with the deadly medical drugs we take, mean that using the fasting and prayer system advocated thousands of years ago is much more challenging today.  Fasting begins to quickly release stored toxins from cells all over the body for elimination, and if they are poured into the bloodstream too fast, the person doing the fasting can be damaged or in some cases can die from the poisoning itself.

In order to still use the system in modern times, ways to modify the intensity of the fast have been devised.  Using certain fresh organic vegetable juices instead of just water helps to modify the speed of elimination.  The length of the fast needs to be controlled as well, to give the body breaks during which to recover from the intense cleansing process.  During these breaks, solid food is in the form of fresh, raw foods, in their natural state unprocessed and direct from nature (see Markus Rothkranz' "Heal Yourself 101" for an excellent modern explanation of how this process can be applied.

Most people today are in such poor health that they would not be able to stand a long water fast, and need to follow the guidance of someone very experienced in how to moderate the process and tailor it to individual needs.  Many people have successfully done this, as you can see if you look up posts on youtube under "juice fast" or "juice feast."  There are many documented cases of serious diseases being overcome using primarily juice fasting.

How to use this ancient principle of cleansing the cells of the body, followed by rejuvenation and maintenance with the correct use of fresh organic raw foods and other health protocols will be the subject of several upcoming posts for those that are interested in learning more about this powerful self-healing procedure that almost anyone can use.

Tweet
Published in Articles
More in this category: « Agenda 21 Update: The New And Accelerated Agenda 2030 The War On Food: What Illegal Raw Foods Mean For You »
back to top