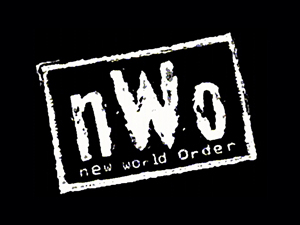 In terms of their incredible accomplishments of power structure organization and creating a unified front to deceive the public and hide from us what they have been doing for centuries, the "elite" world rulers have impressive intelligence.  They have managed to not only keep the public in the dark with regard to all major aspects of ourselves, our lives and the world around us, but also to make all of us their dedicated police force, keeping each other in bondage so they have little work to do themselves other than keep the psychological operation running at all levels, so that we never realize we are their accomplices in crimes against humanity on a grand scale.   Like ocean crabs caught in a fisherman's crab trap, we watch for any among us who might try to escape from the matrix of illusions that have ensnared us all, and we pull the offending fellow human back into the slavery we call normal everyday life.  This way thinking outside the box is discouraged by peer pressure.

What are some examples of the criminal actions against us by our rulers, that most of us don't even see, though they remain "hidden" in plain sight right in front of our eyes?  The list is very long, but some salient examples include the global chemtrails project, GMO foods, chemical agriculture, fluoridated and otherwise poisoned drinking water, toxic cosmetics, pesticide-drenched clothing, wars of aggression and occupation being waged all over the world to fight the very "terrorists" that our own leaders have created and are funding and arming to this day, false flag terror events in which our leaders create or encourage the perpetrators of the event and then use it to justify dragging us further into total surveillance and slavery, "education" designed to make sure we lose every shred of our otherwise normal common sense that would allow us to make good decisions in our lives and to see what is going on around us clearly, and which instead turns us into willing servants of a system designed to destroy us, a medical industry that is now the number one cause of death in America and many other places worldwide with its toxic therapies that bear no resemblance to the real medicine Hippocrates called for centuries ago, a "health care" system designed to make real health care obsolete by dictating what health choices we can make, vaccinations full of toxic and often deadly ingredients which spread the diseases they are supposed to prevent, government "representatives" who work for industrial and banking interests and see us as their legitimate prey, but pretend to be working for us, the belief we are taught that "conspiracy theories" are inherently false and ridiculous and that only bank robbers make conspiracies, and the list goes on for a long time.

Yes, creating and maintaining this complex system of deception and enslavement requires a certain type of "intelligence," in a mentally, emotionally and spiritually sick kind of way.  Almost all of us have fallen prey to its sophisticated deceptions in many ways.  Yet, the creators of this matrix of illusions are not truly intelligent in the more real sense of the word.

Those working in the lower levels of the complex pyramid-shaped power structure are often deceived into thinking they are working to help their country in some way.  They have no idea of the real nature of the system they serve, whose goal is human enslavement and murder.  But those who work for the system at higher management levels, high enough to realize a little of the dark aspects of the structure they work in, are also deceived because they think they will be part of the elite remnant that will enjoy the spoils as the rest of humanity is either killed or fully enslaved.  They are wrong, because those above them plan to eliminate them along with the rest of the mass of people, as soon as their usefulness is over.  Still higher in the power structure, those closer to the top believe that when they are successful in the full control of humanity, they will eventually merge with machines/computers, and enjoy a kind of immortality made possible by advanced technology.  They are highly confused, and too arrogant to realize it.

Human beings, even the ones playing the roles of the worst "bad guys," are conscious beings, not just physical bodies, and not just their minds.  The consciousness residing within each of us works according to specific laws, even if we are completely unaware of what they are.  And one of those laws of nature, vastly older than any religion or philosophy, says that whatever we do to or for others will come back to us multiplied.  With this in mind, spending one's life doing everything possible to harm, enslave or kill others, or to damage the life support system known as our environment, is a very poor choice of how to live. The results cannot be avoided, though they will come in their own time, not necessarily when expected.

So the answer to the question posed at the beginning of this post is that the "elite" rulers of our world are clever in causing problems for all of us and for the web of life on planet Earth.  But they are completely without intelligence in the sense that they are oblivious to the problems they are guaranteeing for themselves in times to come.

The good news for you, if you are one of them, one of the self-deceived ruling class, arrogant and complacent in the bright future you imagine for yourself when the masses of humanity are "out of the way" and the planet is yours, is that right now, since your life is not yet over, there is time to change your fate.  This law is not only there to benefit those in the upper power structure levels.  Every one of us can benefit from this.  The laws of nature always operate.  Even though their results often take time to appear on this slow frequency of physical matter, they always arrive in the most appropriate form for the lesson that needs to be learned.  So develop real intelligence, and change course now.  You will be more than glad later on.

Find a way to serve others and generations to come.  You will be serving yourself, because the secret is (as unimaginable as you may find it to be), we are One Being, wearing so many costumes and faces.  It has nothing to do with your religion, or any other label you may identify with, but is much deeper than that.

The kind of love you have to live is not a passive emotion, it is a gift of action and caring.  Everyone you meet is an opportunity to love them in this way and do something for them, even if it is a sincere thought of wishing them well without their conscious knowledge.  The will feel it instantly and be affected.  Don't miss the chance.

Can you handle a deep truth and really take it in?  Then realize: they are you in disguise.   Deciding how to treat them, you are deciding your own fate.   Now while the time has yet to run out, you have the chance you need.  Use it and start feeling the deep inner pain ease.  No one knows but you, and it can start right now.   As Michael Jackson said (listen to the song "Man in the Mirror"), make that change.

Tweet
Published in Articles
More in this category: « The War On Food: What Illegal Raw Foods Mean For You 3/8/15 - The Brilliant Message of Markus Rothkranz »
back to top