4/5/15 - Is Naturopathy Becoming Just A Branch Of Allopathic Medicine? 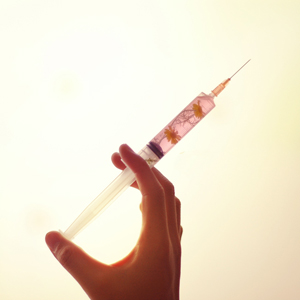 Before 1910 in America, you could freely get any kind of health care you desired.  It was a more or less free market, and those practitioners known for the best results tended to stay in business.  Everything changed when the Rockefeller and Carnegie foundations became the tools of a takeover for drug-centered medicine by means of the Flexner Report.  This brilliant scheme, in the name of upgrading medical education in America, resulted in massive funding for medical schools favoring drug medicine and eventually led to the laws we have today that virtually eliminate the competition for the drug industry by putting heavy restrictions on other approaches to health, and severely restricting free speech in the health field.  To an increasing degree, those who could provide documented claims for the benefits, safety and results of natural health modalities have not been allowed to speak. That is the situation we have today, in which millions of Americans are kept under the delusion that allopathic medicine has a monopoly on health knowledge.  They don't realize that the current medical industry, while incredibly valuable in dealing with traumatic injury and a few necessary surgeries, has also become the number one cause of death in America because it fails so completely in dealing with issues of disease prevention and real health care.  If you doubt that modern medicine is really our number one cause of death, see the paper Death by Medicine, by doctors Gary Null and Carolyn Deane.

So in this kind of totally repressive climate against freedom of choice and expression in health care, and especially against natural approaches to health that can make drug medicine almost completely unnecessary, why does the federal government (which actually has no business being involved in health care at all, per the enumerated powers clause of the Constitution) support naturopathic colleges?  This is similar to asking, why does the U.S. Department of Agriculture, the most ardent supporter of toxic agriculture and quick approval for GMO's in the food supply, maintain the USDA organic program, which seems to promote food without poison?  On the surface, both of these questions seem hard to answer.  But they are just examples of strategic logic.

USDA's allegiance is clearly not to the American consumers, but to the biotech industry and the agricultural chemical industry.  It has demonstrated zero concern for the health and safety of the consumer.  Yet the USDA organic program was started by the agency and continues to exist.  However, as the Organic Consumers Association has pointed out numerous times, the agency is gradually moving toward weakening the standards for "organic" food.  By effectively taking ownership of the word organic with the establishment of this government program, the agency is then able to gradually dilute the standards defining the term, and ultimately may get those buying "organic" food to be eating just as much poison as everyone else.  They would be unable to do this without the "organic" program.

Similarly, if the federal government gives money and support to naturopathic colleges, you can bet that money always comes with strings attached that will in the end dilute and eliminate the real defining characteristics of naturopathic health care, and leave the followers of natural medicine taking the same deadly drugs and vaccines as the general population.  It's really a simple strategy of giving money with strings attached, and has been very successful in giving the federal government and those who direct it from behind the scenes, full control over otherwise independent local governments, media and other organizations of various kinds.  It is apparently almost impossible to resist taking the free money, even if that money was originally stolen in the form of taxes, or even printed out of thin air by one of the agencies controlling the federal government, namely the central bank, which in America is called the "federal" reserve (a private and largely foreign owned corporation).

What prompted me to write on this topic today was the shocking discovery that a prominent naturopathic college near where I live, Southwestern College of Naturopathic Medicine, is now mandating vaccines against measles for staff and students who do not have exemptions.  I am used to seeing corruption in industry, but somehow I did not really expect to see the fall of naturopathic colleges just yet.  Measles used to be a disease most people got and rarely did it cause any major problems.  More people have died from the measles shot than from the measles in the last 10 years according to CDC figures (no deaths from measles, 108 from the shots).  The advent of the vaccine, however, changed that for the worse.  Not only does the vaccine, with its toxic ingredients, cause measles as one of its "side effects" (that term is 100% misleading, as the effects are main effects of the drug cocktail), but it does nothing to prevent disease, and can seriously harm or kill those who receive it.  In fact, I have been researching the vaccine issue for years now, and I cannot find any indication from a credible source that vaccines have EVER prevented any disease, right back to their first use in the late 1700's.  There is no question, though, that they have started and spread many epidemics and permanently disabled and killed huge numbers of those who have been vaccinated.  If you want the details on the dangers of vaccines, the carnage they continue to cause, and their total worthlessness in preventing disease, there are two superb sources you should read: Vaccination is Not Immunization by Dr. Tim Oshea, and Dissolving Illusions, by Dr. Suzanne Humphries and Roman Bystrianyk.  There is absolutely no doubt that vaccines in their entire history have caused nothing but harm.  They have, however, been exceptionally profitable for their makers.

That SCNM would even allow vaccines anywhere on their campus property is inexcusable, and shows how the school has fallen from its principles into just another advocate and supporter of deadly drug medicine.  Mixing that allegiance with the teaching of how to use some natural remedies does not make it OK.  The school no longer can claim integrity or principles, and is creating "doctors" with the same deficits.  I suspect SCNM is not alone in its fall from honesty, and the other naturopathic colleges will all be doing the same thing, supporting vaccines now as a segue into full support of drug medicine (perhaps with natural remedies added on to make gullible students and the public think they are still supporting real health care).

The push toward forced vaccination is going on aggressively worldwide, not just in naturopathic colleges.  Intelligent doctors, government bureaucrats, state legislators who are proposing bills to take away your right to avoid these weapons, cannot honestly claim ignorance.  They know, and they don't care.  Doctors who take the trouble to know exactly what is in vaccines (most do not) and those even fewer in their ranks who really study the history of this vicious fraud, never give the vaccines to their own families or anyone they care about, only to their patients.  The few honest doctors who tell the truth about vaccines get attacked.  Suzanne Humphries, one of the most brilliant and honest, lost her license to practice, and now travels (without her previous income) warning people to stay far away from vaccines, and telling them why, with extensive documentation.

The bottom line message is, we are responsible for our own health care and for our own real education.  Dependency on and trust in government and scientific "experts" is most often fatal to our well being as individuals and as a society.  As dumbed-down Americans who have been conditioned to live in fear and self-doubt, this is often too scary to consider seriously, but it remains true.  Fortunately, we have vast resources and strength inside us,that the rulers do not want us to ever remember or find, but it is there.  And one of the big secrets connected to its re-discovery is this.  No matter how discouraging the situation around us, how malevolent those that are supposed to be our leaders may be, our power is more accessible if we work FOR what we love instead of AGAINST what we hate.  The reason is that we are beings originally created by Love beyond imagination, and if we fall into hate (even when "justified"), we abandon our true being, and lose the chance, for now, to access what our potential really is.  Hate always hides fear underneath.  Love is the remedy for fear, and without fear, the blinders start to fall off.

You are an incredibly brilliant and unlimited being.  If you become aware of the limiting thoughts and emotions you carry inside, your strength and effectiveness on the outside will grow.  The time for sleep walking is past.  We all have work to do, and we can't do it unless we drop the dishonesty and laziness we have carried inside.  Fighting among ourselves should be over too.  We all have the same interests and we need each other's support.  Ghandi said to be the change we want to see in the world.  The work on ourselves on the inside is harder than facing many enemies on the outside.  But it is the way we can get this done.  We each know what we need to face and fix in ourselves.  Excuses are over, it's time to do it.

Tweet
Published in Articles
More in this category: « 3/29/15 - "Love Myself First???" Are You A New Age Crazy Person, Is That Your Problem? 4/12/15 - Could Government Actually Do Something Good? (And What About Peaceful Anarchy, "Voluntaryism"?) »
back to top