5/3/15 - Want To Become More Effective In Your Chosen Area Of Focus? One Important Prerequisite Of Real Power 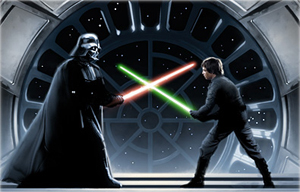 Whether you have chosen to work to end geoengineering, water fluoridation, forced vaccination, nuclear power, GMO's, pre-emptive invasion/occupation of foreign countries by U.S. military forces, big corporate control over government policy, phony "free trade" deals designed to gut national sovereignty, the federal reserve and IRS, other criminal federal agencies, policies and "laws"whose existence is barred by the US Constitution, suppression of free and clean energy sources, government-sponsored child kidnapping, hiding of real health information by government agencies and the fake science community to protect the massive medical drug and invasive "therapy" industries, or any one of a long list of other obstacles to prosperity, health and freedom in America and worldwide, you come up repeatedly with the question of how to become more effective in achieving the reform you want to see, getting back health and freedom for people everywhere.  Yes, I know I'm already in trouble with English teachers everywhere for that long run-on sentence, but it's just the way I had to say it.

Lots of people quote Gandhi, who said "Be the change you want to see in the world."  Yes, great quote, no doubt, but what does it actually mean?  If you're working to stop geo-engineering for example, how can you be that particular change?  Yes, you can make sure your own lifestyle is honest and get rid of things in it that you don't believe in so there is no hypocrisy.  Totally cleaning up your own life habits (dropping all excuses) is extremely important.  For one thing, you can achieve very strong health to withstand all the assaults raining down on our bodies and minds from big government and the most powerful corporations, and have a lot more energy available for what you want to get done.
But there's more to it than that.

In the third Star Wars movie (well, sixth technically), the Emperor wanted Luke to fight and kill his father, who had become the evil Darth Vader.  He wanted Luke to let himself become filled with hate (for a good cause) and kill Darth Vader for the good of the galaxy.  Why?  Because the Emperor knew that by letting himself become an instrument of hate, no matter what great cause was the mental justification, he would become a perfect tool of evil, the new apprentice to the Emperor.  Luke refused, and his willingness to die for a higher cause had such a deep impact on his father that he changed course and used his power to save his son and kill the evil Emperor.

I have been deeply involved in real organic agriculture (not the USDA version which was created for other reasons) since the mid 1960's.  It is a system based on harmony with nature, an expression of a high level understanding of Love that gives people food and other gifts of nature so they can stay connected to the Earth and maintain good health of mind, body, emotions and spirit.  I have encountered many people "fighting" for organic agriculture (a very good cause) who have been full of hate, not only for the purveyors of chemicals and poisoned (now including GMO) foods, but even for those in the organic movement who they felt were not doing it right.  There is a lot wrong with that picture.  It's like so many religions in history that have committed the most horrible atrocities for the sake of Love and God.

Within any group working for a particular kind of change, a particular issue or good cause, there are too many there whose emphasis is on fighting and hating those they fight against as well as those who should be their allies over differences in perspective.  This can destroy a whole movement and ruin its chances of success.

The first pre-requisite to empowering one individual is the same as that required to empower a movement for positive change, such as health freedom or the ending of intentional environmental destruction that our government and ruling corporations are engaged in right now.  The motive has to be positive, and the attention needs to be on that internal goal, not on enemies to be destroyed to get there.  Strategically we have to be aware of adversaries and problems in full detail.  But if the negative energy of the adversary is allowed to penetrate our own consciousness, we poison ourselves and defeat our own efforts without the adversary having to actually do anything to beat us.  This is what the Emperor wanted to do to Luke.

And this is the paradigm shift needed that is so hard for most to see.  If you want real power to achieve positive goals like freedom for humanity and a cleaned up and healed planet, you cannot come from an inner consciousness of hatred and destruction and expect to fully succeed.  Once this is understood completely, there is a natural desire to explore the other end of the spectrum, and this in fact is one of our best possible moves, which each one of us has the power to make.  The results can be very powerful, and externally it may look like you are not doing anything new or different.

The idea to "pray for those that curse you, do good to those who despitefully use you" is not a crazy or impractical idea, nor is it something one can do for show, as that destroys its real value.  It is deep wisdom.  Unconditional love is possible once we realize none of us are really different from each other at the deepest levels.  In the current epic world drama, even those whose fate is to play the parts of the worst "bad guys" will one day have to wake up to who they really are and the damage they have done while out of touch with the truth.  If we do not think that could have been us, we need to remember the one about "pride goeth before a fall."

Joan Baez had a great song in the 1960's which I heard her sing live during those years, called "There But For Fortune."  You can hear it on youtube.  The message is that once you realize you yourself could just as easily have been the one so confused and misguided that you could have committed any destructive act now being done by others, you can no longer hate or condemn anyone.  It is a deeply humbling realization.  It is not necessary to hate anyone in order to get our work done successfully.  In fact, great spiritual teachers from all parts of the world have said in their own ways that universal, totally unconditional love is the attitude, the energy, that opens up the door within ourselves to begin accessing our real power for healing and for good.

There is so much potential power inside each one of us to be reached on the other side of that transformation, that it is one of the things the power structure will do almost anything to keep you from realizing.  So many programs are put in place today to keep us fighting with each other, condemning and hating groups other than our own.  Division between different races, genders, religions, social classes, nationalities, ages, and so many other arbitrarily defined groups, keep us distracted and weak, which is exactly where rulers who want to control our lives want us to stay.  Unconditional love would allow us a level of power that those in control of society could never achieve, because their motivation is completely on the negative side, and there are places they cannot go until that changes.

Just try it as an experiment.  Still do what you have to do to make your contribution to the world, in the areas that your own interests and talents take you.  But while you do that, look into your own being, see the tension, worry, fear, stress, judgment of others and condemnation of them that you are carrying, and little by little, as you are able, drop them all.  When you make the real decision in yourself and mean it, they will leave you.  Once you see the benefit of how you will feel, you'll want to do it forever.  You will start to have a clarity of mind that was never there before.  A cool breeze feeling of relaxation from stress will move through your emotions, and your body will relax from years of tension.  New levels of health become possible.  New alliances open up with people you would have considered unapproachable before.  You will spontaneously be able to see new ways to achieve the goals you worked hard on for many years.  And a natural happiness will replace a constant feeling of strain and stress, freeing up energy you did not know you had.

This kind of adversary is what the power structure is most afraid of, clear, wise and strong, focused, without division or petty fighting, and this is what we can be anytime we decide to get it together on a deeper level, to grow up inside and become our real and empowered selves.  Unconditional Love, contrary to what you may have heard, is not weak.  It is an unstoppable, almost unimaginable force, incapable of misapplying its power, it is kind and can only do good.  It is the stuff of the best fairy tales, but, fortunately for us, it is who we really are, our real nature, waiting for us to be brave enough to own it for real.