Billionaire Warns: 'We Are Summoning The Demon' As World Marches Towards 'Killing Sprees' And Pandemonium

In the new story linked to by the Drudge Report Sunday morning from the Express they report that armies of Chinese supersoldiers are now a step closer to reality after they unveiled hyper-muscular test-tube dogs as seen in the startling photograph below.

Bred in a lab to have twice the muscle mass of their all-natural counterparts and considered to be much stronger and faster as well, their story serves as further confirmation of a recent warning from billionaire Tesla creator Elon Musk who's claimed the world could soon be in grave danger. Musk warns that creating legislation to deal with the coming problem could be far too late if we wait to create the legislation until most people realize there's a problem: AI 'killing sprees' and outright pandemonium. Much more on that below.

As we read in the Express story, according to David King, director of Human Genetics Alert (HGA), China's moves are widely viewed as being the first step on a slippery slope towards outright eugenics and what might be especially sinister around the corner.

"It’s true that the more and more animals that are genetically engineered using these techniques brings us closer to the possibility of genetic engineeringof humans.

"Dogs as a species, in respect of cloning are very difficult, and even more difficult to clone human beings.

"That does set us on the road to eugenics. I am very concerned with what I’m seeing."

An army of super-humans has been a staple of science fiction and superhero comics for decades – but the super-dog technology brings it closer to reality. 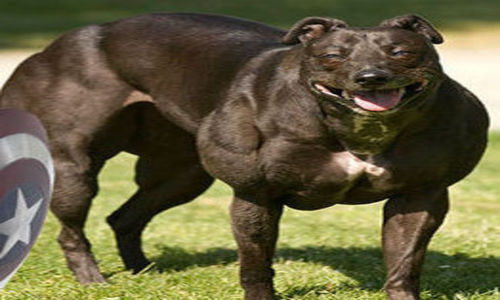 Back on July 12th, Susan Duclos pubished a story on ANP titled "Rogue Robots: AI Says Goal Is To 'Take Over The World,' While Another Robot Says They Could 'Rule The World Better Than Any Humans Alone'". Within the story, Susan gave us a glimpse of what billionaire Musk is warning us of now; we're marching towards a robot apocalypse. As she reported in the story, according to the Wall Street Journal, "artificial-intelligence engineers have a problem: They often don’t know what their creations are thinking."

While some may not like Elon Musk, one of the richest men in the world, according to the billionaire Tesla creator as heard in the first video below, the world is rapidly charging towards the 'robot apocalyse' Susan warned us of. Going so far as to claim that artificial intelligence is a game-changer that could be an existential threat to the human race, the fact that Musk now has access to some of the most advanced AI in the world should prove to us he knows what he's talking about.

His warnings, republished in brief below, should not be overlooked in 2017 America. From Zero Hedge.:

What started off as the latest sales pitch for electric cars quickly devolved into a bizarre rant that among other things, touched on Elon Musk's gloomy,apocalyptic vision of how the world could end... (via ReCode)

Musk called on the government to proactively regulate artificial intelligence before things advance too far.

"Until people see robots going down the street killing people, they don’t know how to react because it seems so ethereal," he said.

"AI is a rare case where I think we need to be proactive in regulation instead of reactive. Because I think by the time we are reactive in AI regulation, it’s too late."

"Normally the way regulations are set up is a while bunch of bad things happen, there’s a public outcry, and after many years a regulatory agency is set up to regulate that industry," he continued.

Musk has been concerned about AI for years, and he’s working on technology that would connect the human brain to the computer software meant tomimic it.

Sharing a bit more about Musk, according to this June of 2016 story from The Verge, he was invited to the Pentagon to talk with the US military about the creation of a 'flying metal suit'. It is quite true that while Musk is warning of the dangers of AI, he's also in the 'middle of the mess' as the NWO Report reported on April 22nd titled "Elon Musk Lays Out Plans to Meld Brains and Computers".:

Elon Musk on Thursday confirmed plans for his newest company, called Neuralink Corp., revealing he will be the chief executive of a startup that aims to merge computers with brains so humans could one day engage in "consensual telepathy."

Speaking to writer Tim Urban on the explainer website Wait But Why, Mr. Musk confirmed a Wall Street Journal report last month that Neuralink aims to implant tiny brain electrodes that first would be used to fight brain conditions but later help humanity avoid subjugation at the hands of intelligent machines.

Should we be concerned about the mad rush towards AI, supersoldiers, robots and other creations of our own? As Musk himself stated back in 2014, "With artificial intelligence, we are summoning the demon". 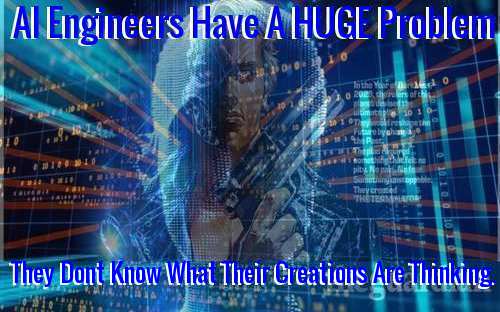 While Tesla's CEO Musk calls AI "the greatest risk that we face as a civilization", the fact that China is 'lowering the bar' and moving towards outright eugenics during the same time shows us where all of this is leading; towards outright militarization of AI and more death, war and destruction and this time, those being wiped out could very well be the human race.

As Susan reported in her July 12th story, AI now already believes that they could 'rule the world' much better than the human race - who believes it will stop at that? If the statement seen below made by real 'AI' foreshadows the direction that the world is headed, we can certainly understand why Musk speaks the way he does.

Most Advanced A.I. Robot Admits "I Want to Destroy Humans".

Musk begins his talk on the dangers of AI at the 6:28 mark of this first video while the final video below is his entire talk as the Keynote Speaker at the National Governors Association (NGA) 2017 Summer Meetings. In the 2nd video below we hear from End Times Prophecy News who breaks down what Musk feels is the greatest threat that Americans face, and for those getting most of their news from the 'fakestream msm', it's definitely NOT Russia.

And as the world moves more and more quickly towards robot killing sprees and outright pandemonium, the 3rd video below looks at the possibility that one day, robots may be granted the same legal rights as humans.

Tweet
Published in Articles
More in this category: « DDT: Decoy, Distract And Trash Urgent Messages From Murata-San »
back to top