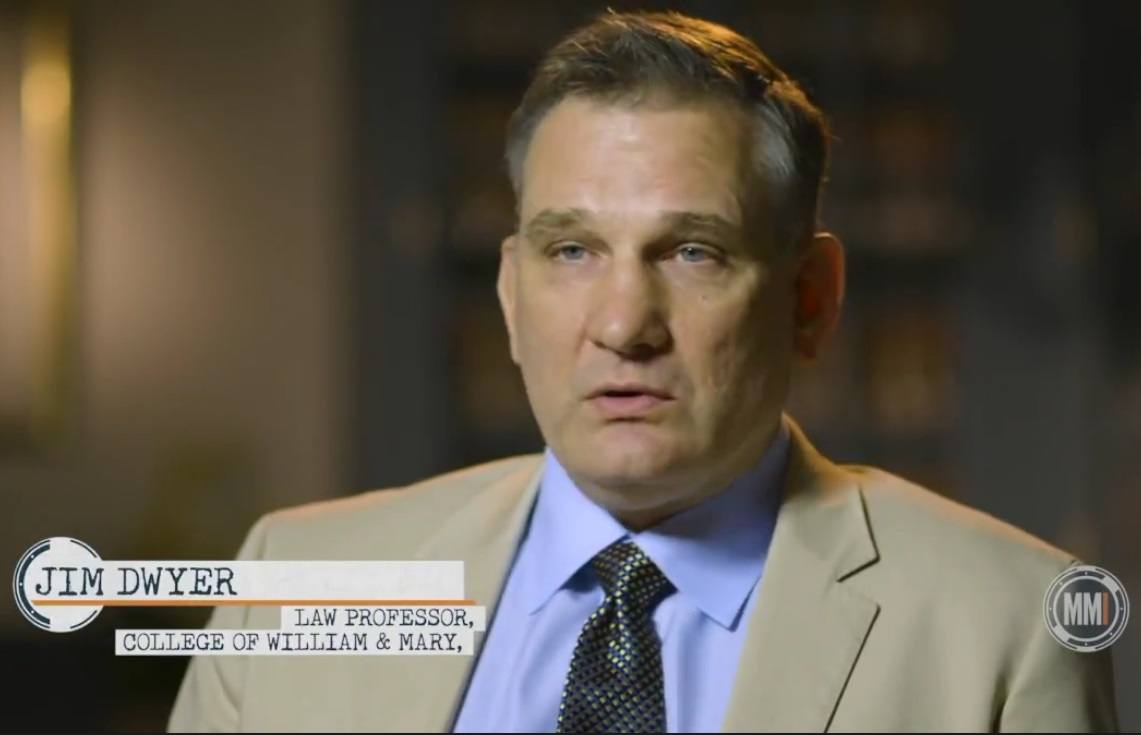 A law professor at the oldest law school in the nation believes that there is no inherent right to parent one's own children.

The reason that parent-child relationship exists is because the state confers legal parenthood on people through its paternity and maternity laws.

An investigation into Dwyer's writings and history reveals that this alarming statement was not an exaggerated statement taken out of context or misrepresented by a conservative journalist. Instead, the statement appears to be a foundational core belief held by a man who formerly worked in New York state family courts as a Law Guardian, which is the equivalent of a Guardian ad Litem.

Dwyer has been a prolific writer on the subject of children's rights, and his views stand in direct contrast to the Founding Father who penned these immortal words:

We hold these truths to be self-evident, that all men are created equal, that they are endowed by their Creator with certain unalienable Rights, that among these are Life, Liberty and the pursuit of Happiness. — That to secure these rights, Governments are instituted among Men, deriving their just powers from the consent of the governed, …

Instead of proclaiming the historical, biological, unalienable right of parents to have the liberty to teach their own children, Professor Dwyer told Michelle Malkin that:

That's the state that empowers parents to do anything with children, to take them home, to have custody, and to make any kind of decisions about that.

That philosophy plays right into the hands of Child Protective Services officials who believe that it is the state's right to decide who may or may not parent their own children.

As far back as 1994, Professor Dwyer wrote "Parents' Religion and Children's Welfare: Debunking the Doctrine of Parents' Rights," published in the California Law Review. In it, he challenged the assumption that "parents should have some rights in connection with the raising of their children," going as far as to discuss provisions "under the legal regime I propose."

Question of WHO Controls Children – Parents or State?

It is clear from the 1994 article that he resents any schooling taught from a religious perspective, whether it is from parents sending their children to a Christian school, or from parents rejecting the secularism taught in public schools who choose to homeschool and teach religious principles at home.

Perhaps not surprising is the fact that his own parents sent him to a private Catholic parochial school. (Source) His distaste for that experience colors his writings and philosophy.

Ironically, he wrote almost 25 years ago that:

No one should possess a right to control the life of another person no matter what reasons, religious or otherwise, he might have for wanting to do so.

However, if government, both state and federal, were to implement his philosophy and suggestions into the family court system, then the logical outcome is what currently happens to thousands of children within the foster care/adoption system – the lives of the children are controlled by the foster parents and the social workers.

Testimony given to Health Impact News from both parents and former foster children show that once Child Protective Services is involved, their lives are no longer their own, and CPS micromanages almost every aspect of their lives.

Should the State Choose Parents for All Babies Born?

It is readily apparent from his writings that he values "children's rights," but the basic inherent right of any child to have a relationship with their own biological parents seems to elude him. He even believes that it is the right of the state to choose the parents for a child.

In his article, "A Constitutional Birthright," Dwyer argues:

Courts should recognize that newborn babies, much more clearly than birth parents, have fundamental interests at stake in the state's selection of legal parents and, therefore, a much stronger claim to constitutional protection.

The reality is that children who are adopted almost universally have a drive as they grow older to find their "real parents." It is largely adults who were adopted as children who push for open adoption. There is something within them that needs to find out where they came from and who they are.

In the name of "children's rights," lawyers and policy makers such as James Dwyer would deny them the fundamental right to know their own heritage and parents in the event that the state decides to "select" their parents for them.

This convoluted logic is the antithesis of parental rights, and at the same time, it stands in stark contrast to the biological, psychological, emotional, spiritual, physiological, and even health needs of children.

Children need their parents. Studies and child welfare data shows that children thrive and grow better in their own homes than in foster care. Even if their own home is less than ideal, children who are taken from their families and placed into foster care or adopted out are at least 6 times more likely to be raped, molested, abused or killed than if they were left at home.

Unfortunately, as radical as Professor Dwyer's philosophy of parental and child rights is, he appears to have influence in policy making. 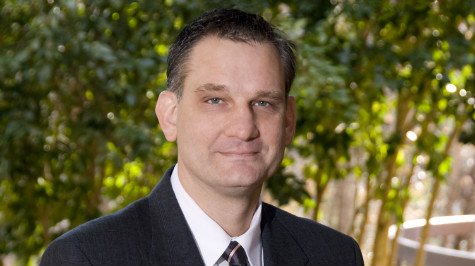 His works were cited as sources for an article, "The Harms of Homeschooling," by Robin L. West, published in Philosophy and Public Policy Quarterly.

The author sees homeschoolers as a threat to the state system, and says that the vast majority of referrals to Child Protective Services – 95% – come from public school teachers and administrators. (Note: The data we have found indicates that the figure was less than 20% in 2015, but school personnel still represent the largest group of reporters to CPS, followed by law enforcement, and medical personnel – (Source).

Other professors and colleagues at William and Mary College have praised his influence. Neal Devins has high praise for him, which should be alarming to every person in the United States who is concerned about parental rights:

Jim Dwyer has done what most academics aspire to–to change the conversation in their field. Jim's work on children's rights and his questioning of widely shared assumptions about parental authority have transformed the academic dialogue about the parent-child-state relationship.

Dwyer argues that homeschooling can shield parents from being reported to CPS.

Another concern presented by West is that homeschooled children are less likely to be fully vaccinated, and thus present a theoretical public health risk.

Many parents would argue that the risk is in the vaccinations, but those who embrace the philosophies of Dwyer and West are more likely to ignore those parental concerns.

Among parents fighting to get their children home and out of the control of Child Protective Services, probably the most hated piece of legislation is the Clinton's Adoption and Safe Families Act of 1997 (ASFA).

The law provides financial incentives to state social workers and agencies to steal children away from their families, even if they have not abused or harmed their children.

There are billions of dollars secured by states through the Title IV-E funding in ASFA.

Professor James Dwyer sees this as moving in the direction that he advocates. He praises ASFA and says that family law is:

becoming more child-centered and protective in order to avoid the social costs of harm to children. A great example is the federal Adoption and Safe Families Act, which requires states to authorize termination of parental rights in some cases before a child has been maltreated, … (Source)

And so the war for America's children continues, pitting parents against the State. Those who choose to homeschool their children are clearly standing in the way of the objectives of the State.

Tweet
Published in Articles
More in this category: « InPower: A Mass Action Of Liability Texas Carpet-Bombs Its Own Hurricane-Traumatized Victims With Neurological Poisons Sprayed From Military Planes »
back to top